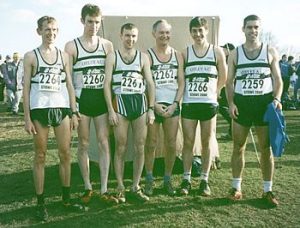 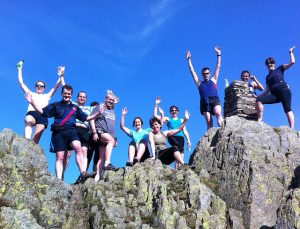 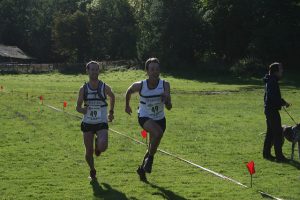 Otley Athletic Club formed in 1984 as a section of the Otley Rugby Club although the adjacent premises of Otley Cricket Club now serve as the base for club training. The club is now independent and over the years has flourished with a large group of active members who enjoy training and competing together.

Although the club has enjoyed many successes in competition particularly in recent years, one of the main achievements has been to build a membership which includes many who simply enjoy running without ever needing to go particularly fast, or, heaven forbid, win anything. The club includes within its ranks runners of county standard, an Olympic athlete (transplant games!), a current ladies veteran world record holder and lots more who haven’t won anything but are content to take part.

The club meets twice a week for training on Tuesdays and Thursdays, at Otley Cricket Club. There will usually be several training groups covering a range of abilities from approximately six to eleven minute “mileing”.

Many club activities place no reliance on athletic prowess, with regular social evenings after training and handicap competition within the club where signs of speed and fitness usually count against you if noticed by the usually scrupulously honest handicapper.

Training weekends in the Lake District have been a most popular addition to the club’s calendar, and groups within the club have organised outings to races in such places as Amsterdam, Brussels and Paris.

During the course of the year, a series of races is recognised to count towards the Club’s Runner of the Year Prizes. These races cover the athletic spectrum; 10k, track, cross country, fell, 10-miles and half-marathon. The prizes reflect participation as much as proficiency and are awarded at the Annual Dinner and prize-giving which is in itself a social highlight. The award of the trophies is preceded by a few words of appreciation (usually!) but don’t be put off.