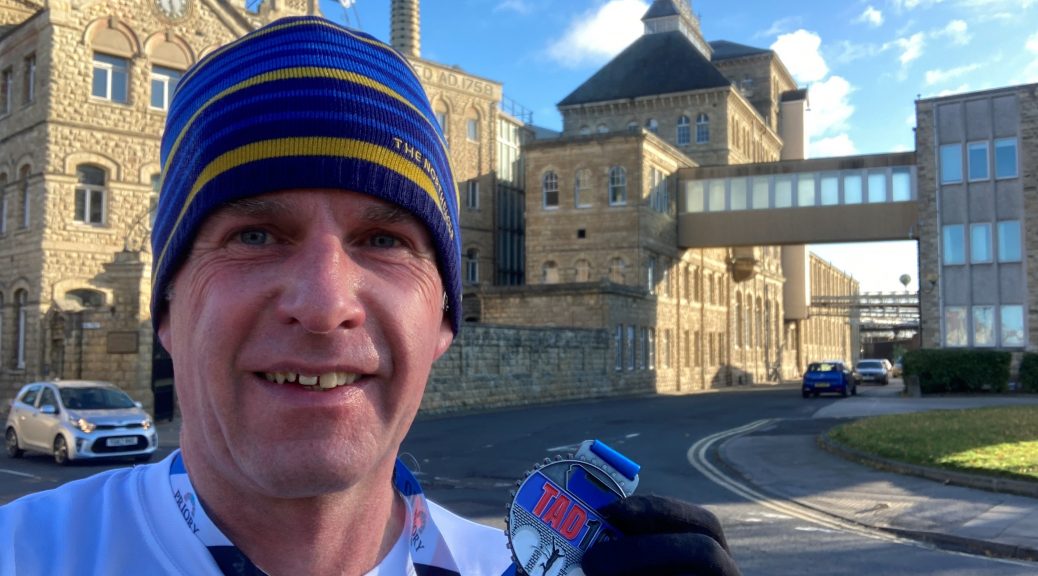 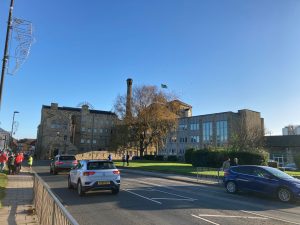 First time I’ve run this event. Organised by Race Best it’s a fairly flat course, starting in the centre of Tadcaster opposite the impressive John Smiths brewery buildings it does a loop around the town (about 2 miles), before heading out into the countryside. Apart from a short straight along the cycleway adjacent to the A64 it was mostly run on quiet country lanes, reminiscence of the Brass Monkey Half. It was very pleasant in the sunshine with the vibrant autumn leaves, especially oak trees, resplendent against the clear blue sky.

Race information beforehand was good. Car parks in Tadcaster were all full when I arrived just before 9.30 though, but there was time and space to park on a side street about a 10 minutes walk from the start. Long queue for the toilets, but it was in the sunshine and moved quickly as there was more provision than in previous years apparently. All important pre race stuff!

The start area was fairly congested, but as far as I know we started on time and with chip timing there is no need to fret about how long it takes to cross the line.

It was a bit nippy though! About 5 degrees and with a cold northerly wind that seemed to blow into our faces for most of the run – though I’m pretty sure the last two miles it was giving us a bit of a push. 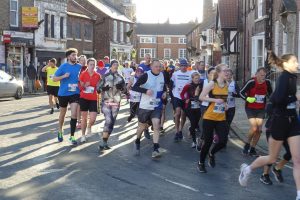 I had a vague time in mind for the race, based on the fact I’ve run 1:14 something four times at the Otley 10, but all pre-hip operation. So, I targeted no worse that 8 minute miling and was comfortably within that and soon running a steady 7:30 pace. However, I knew if I wanted to hit 1:14 I’d need to up the pace at some point. The race information said the last two miles were ‘downhill’, so that seemed like the time to go for it. It wasn’t exactly downhill, but with the wind behind I increased my pace and ran my fastest two miles to cross the finish in 1:14:17. I finished in 187th place out of some 653 finishers and came 11th in my age category.

Very nice medal and a choice of chocolate bars at the finish. 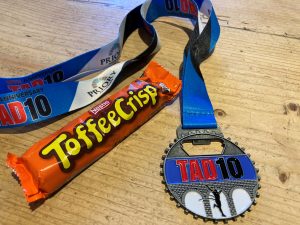 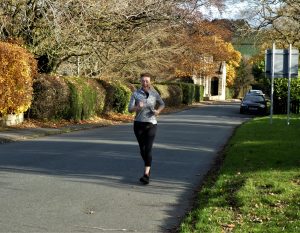